He has had Juvenile Dermatomyositis  (JDM) for over a year now, and at this point, we cannot be more thankful for him to have come this far of absolutely showing no signs of his illness. And earlier this month,  we marked the last day he needs to take any prednisone (steroids)

His illness is still active, and we are working hard to help him reach remission. In the meantime, we are also seizing every opportunity to let him enjoy his childhood as we were told even after remission, the odds of it relapsing is 60%.

The events leading up to his diagnosis can be found here.

I recalled when I wrote that post, I was still overwhelmed with emotions. We didn't know who to listen to and what kind of monster we were facing. Whatever we could find on Dr. Google pointed to this being a battle for years. For some kids, it is a lifetime.

But, we are super super grateful of his pediatrician and his first pediatric rheumatologist (Rheumy, in short) for first diagnosing the the illness and getting him to start treatment immediately. For them, encouraging us to get an appointment with the head rheumy at KKH who is a superb doctor I must say.

We also super love his teachers for welcoming him back when he is at his weakest and worked with us to help him literally get back on his feet. Without all-round encouragement, I don't think our road to recovery will be this smooth.

This is going to be an ultra long post, but do bear with us as I think it is worth us documenting how we got to this point, and it will be helpful for us to revisit should JDM come knocking again. 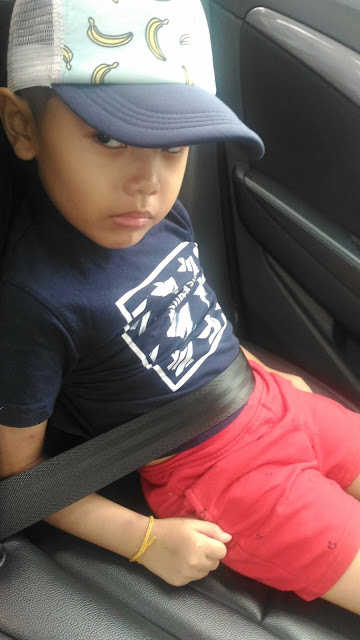 At diagnosis, he had to go out with caps and lots of sunblock because he is now photo-sensitive. He wasn't able to sit upright without back support. 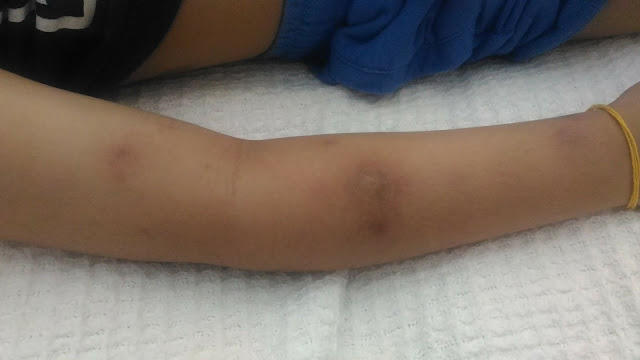 The skin issues that came with the illness, and apparently, it is on this side of his body that he is unable to retain fat, otherwise known as lipodystrophy. 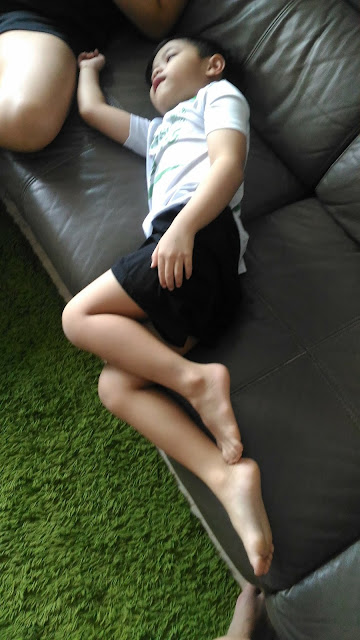 When at home, he lies around more often than anything. 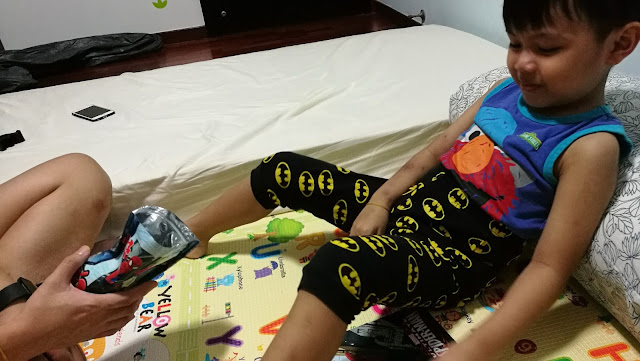 We started physio exercises, and we had to encourage him to sit up and move towards us (plus plenty other exercises). 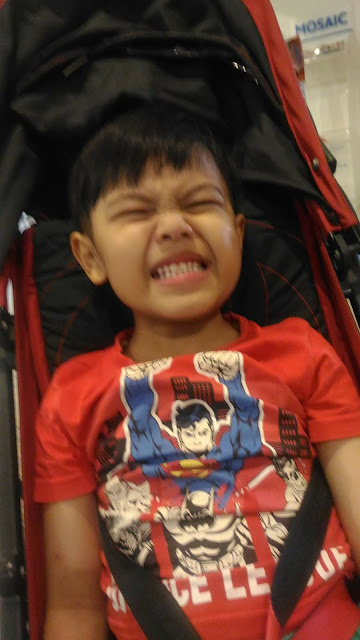 Despite his pain, he often tries to be happy too. 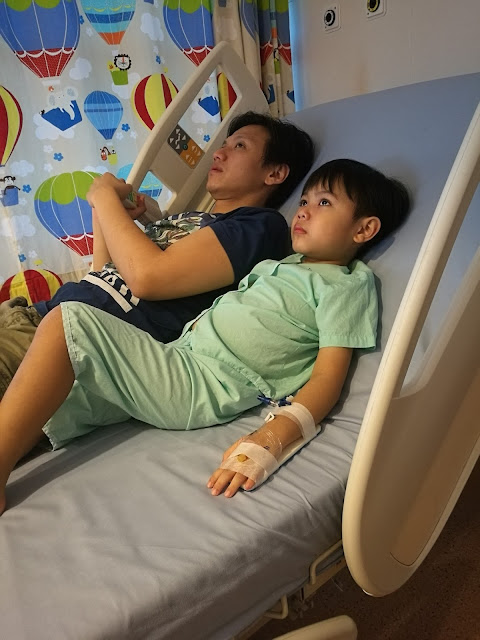 We finally got an appointment with Dr Tash at KKH, and we had to immediately admit J for his first monthly pulses of high-dose steroids. We were told these were going to be monthly staycations of 3 days each month, and we were uncertain how many months this was going to take. If high dose steroids doesn't make him better, IVIG would be on the cards (thank God, we never needed it).

On top of monthly pulses of steroids, he has to also be on oral steroids of 40mg (20ml) a day, and this is like ultra high dose, and weekly Methotrexate jabs.

One of the biggest side effect of such high dosage of steroids is putting on weight, FAST! 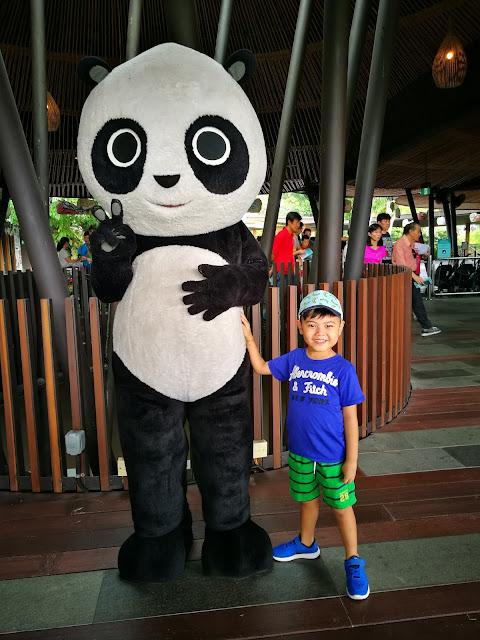 We saw a teeny weeny bit of improvement as J wanted to head outdoors. Thank goodness for steroids, but he is starting to show weight gain. 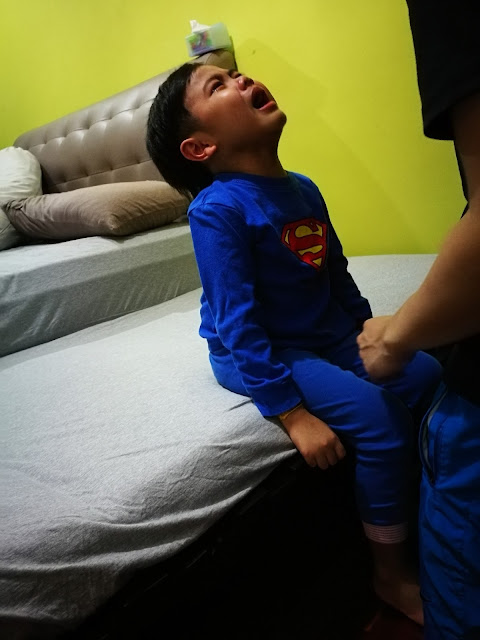 We cannot imagine the pain he went through when he was made to carry out his physiotherapy exercises. 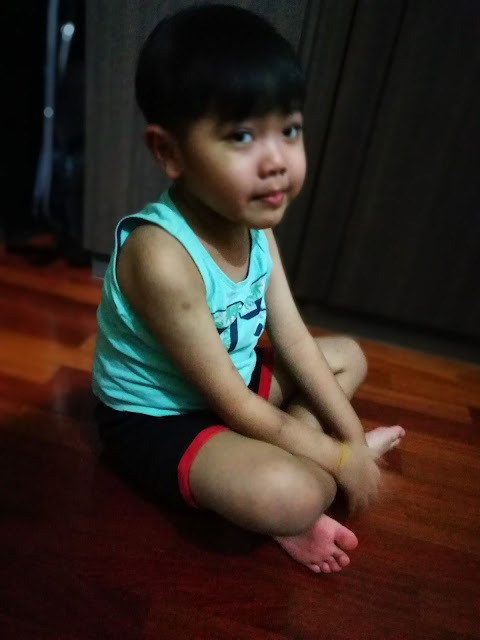 I remembered this development. He came into the bedroom and told me...."Mummy..look! I can sit down on the floor on my own." It certainly felt like we are experiencing J's many firsts all over again. 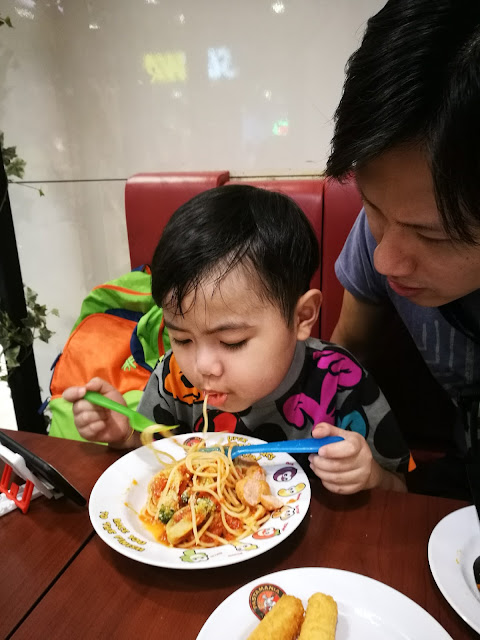 With his steroids dosage at an all time high, which is also the very reason that allowed him to regain strength, his appetite also grew. He ate like there was no tomorrow, and we had to have something for him to much almost every hour. 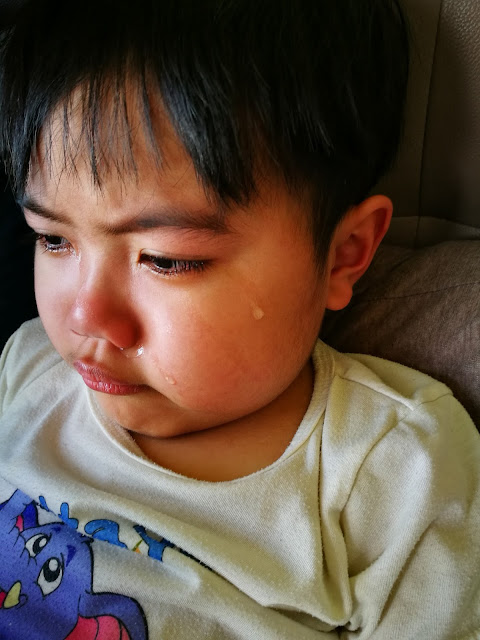 The steroids also made him moody all the time. Managing his emotions was one thing we had to deal with also almost every day. I really missed his jovial-ness a lot. 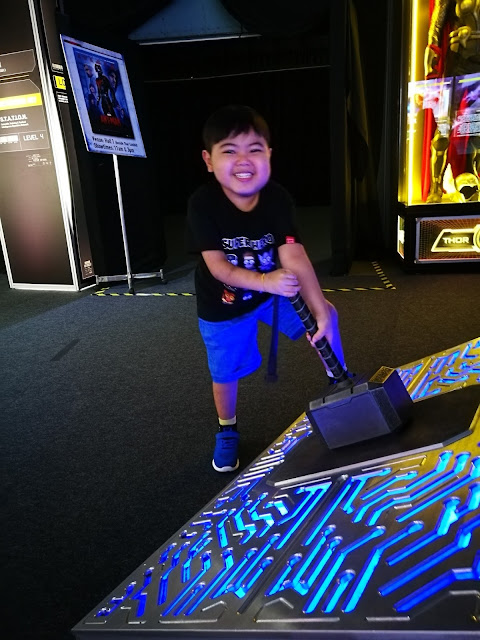 This was when J was at his heaviest and also when we realised he also has lipodystrophy, which is parts of his body being unable to store fats and it is obvious from this picture that his right side is significantly smaller as a result.

But, he continues to be cheeky when he feels like it. 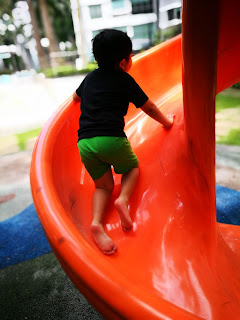 In February, he managed to climb up the slide in our estate, something we haven't seen for some time. I was afraid his legs will give way, but he reassured me he can do it, and the comfort of seeing him slowly getting his "monkey" instincts back is indescribable. We are quietly praying that this streak of good luck will go on. 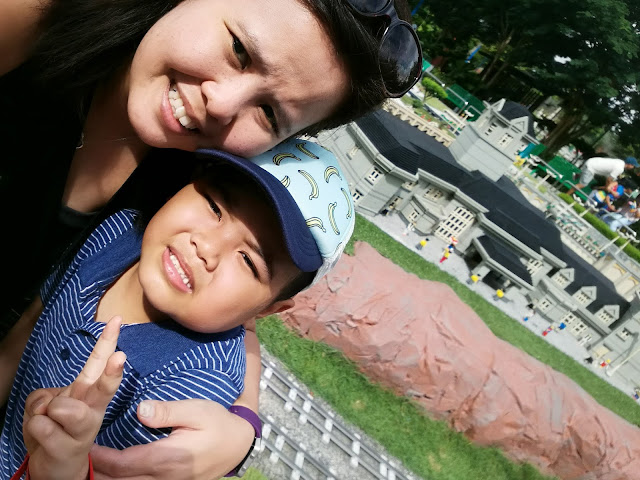 J has always wanted to go to Legoland across the causeway, and wanting it to be an encouragement for him, we made that trip. He managed to walk for almost 4 hours, without the stroller. We can tell he's exhausted, but he pushed on. Then I wondered where does all that determination in a 4 year old came from. As adults, we sometimes don't even persevere in the face of adversity.


From not being able to get out bed, not being able to sit up without support right down to not being to pull down his pants to pee to wrestling with his Papa like he used to makes my heart sing. I think he hasn't laughed like that for many months, and we cannot ask for a better road to recovery than this.

J turned 5! And he was able to take part in his School's sports day! And did extremely well because his team won!

He managed to complete the obstacle course at Waka Waka (Polliwogs). That smile on his face... we really want to just say "Take that JDM!" 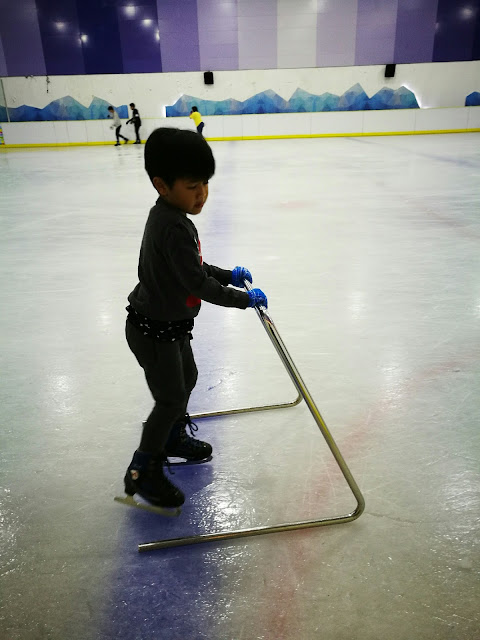 J is even able to get onto skate and try his first hand at ice-skating which he wanted to try since he turned 4. 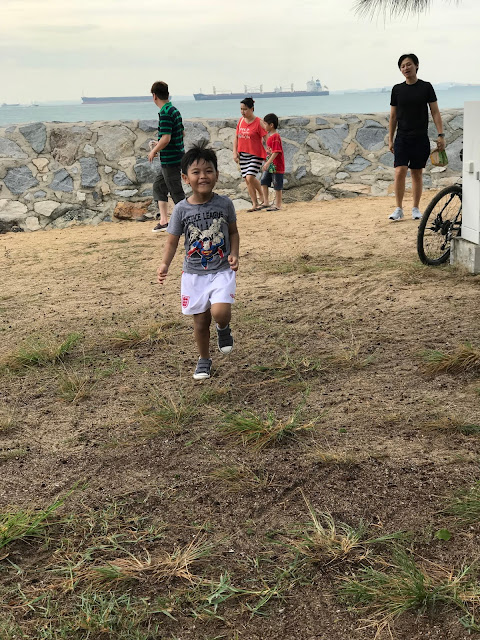 This is him today. He is able to run, jump, hop, climb and be like any kid.


We are absolutely blessed that our JDM journey haven't been the most arduous. We know many more kids out there are fighting a way harder battle, and without the constant sharing and encouragement from the caregivers at this closed group of JDM caregivers (mostly from the US) I am in, I would feel so alone because no matter how I searched and asked, I wasn't able to find someone in Singapore willing to talk about the illness.

Having come this far, we are still fervently praying that he will slowly outgrow JDM. We are told the relapse possibility is at 60%. Certainly on the high side, but we are remaining vigilant that this boy will come up stronger.

Dealing with the illness is one thing. Dealing with needing to juggle being a mom, daughter, employee and wife was extra hard.

Hence, once again, thanks to all our friends and family for standing by us  and providing the support we needed.
childcare family family time father and son home Jonas Juvenile Dermatomyositis mother and son Motivational Mondays work