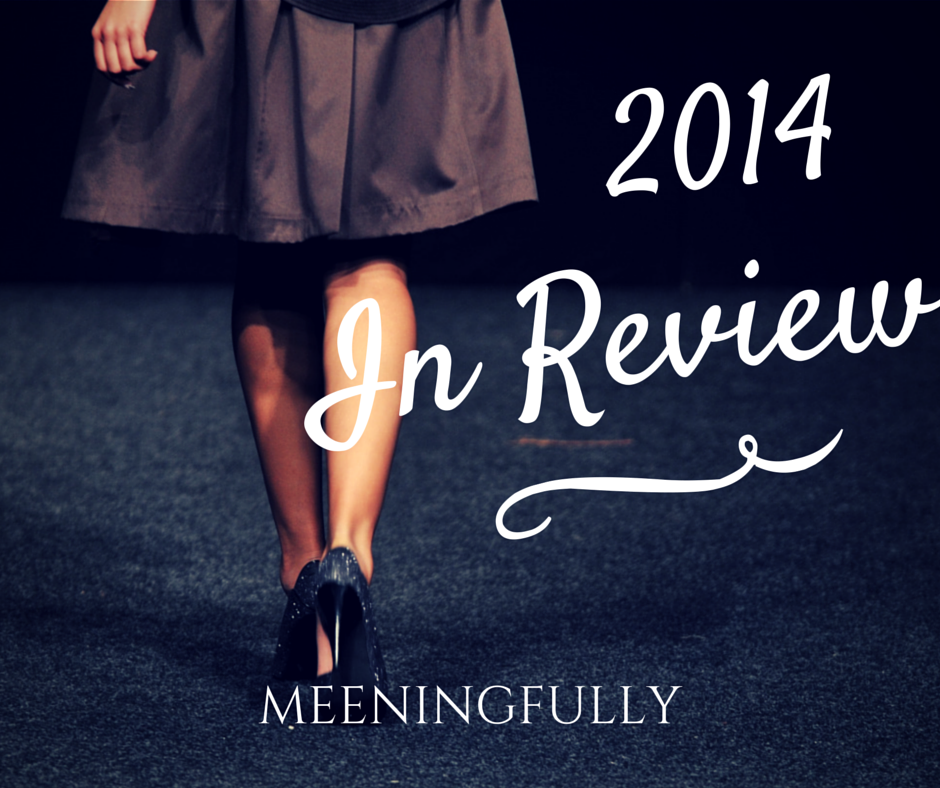 So, it's the time of the year to look back and think about where we have done well or fouled up.

Honestly, 2014 is definitely better than expected after coming out of a rather dreary 2013.

What better way to recount the year by going through my "15 before 15" list. A report card of sorts.


Actually, having this list on the blog helped keep me focused on my priorities, and I am happy to say, I have done pretty well!

Here's my orignal list, with my comments on what went well and what didn't ,complete with colour codes!

1)  Cooking for the family.

Nothing of that sort happened. Oh well, I would like to think this was really low on the prioroty list.

Baking is therapeutic, at least for me. Did a fair bit of this with stamps of approval from family and friends. Unfortunately, J isn't a cake and cookies type of boy. Hence, the bakes are either for the man or the people at work who are more than willing to polish them off.

Some of my experiments are listed on the "Cooks & Bakes" page which is still a work in progress.

So yes, I have been able to bake at least 15 times this year, and definitely more to come next year especially after the man got me a bread machine!

In March this year, I had the opportunity to be involved in my first "major" blogger engagement event which required not only writing , but an appearance plus taking a first step towards a healthier me.

I actually thought that the excitement of being fit & fab will die down after the campaign, which was really the case. However, with the encouragement of a group of mums from "Singapore Mom Bloggers", I was able to put some healthy routine in place.

The most satisfying moment is when colleagues who see me everyday can tell I have lost some weight. Best.Acheivement.Ever!

Read about my Fit & Fab journey here.  So, this is definitely ticked off my list.

I said this was a tall order when I crafted this list. Today. a year on, it is still a tall order. I have been through a lot of highs and lows as a working mother this year especially in my rather demanding job. It has brought me to tears on many occasions and I am still trying to find that comfortable space for the family.

5) Celebrate Love.
Another area to work on in 2015.  Nothing to report in this area other than the fights we have been having due to work schedules and of course the stupid hormones that's making me a monster.

We spent a few days in Hokkaido during Autumn which was at a nice temperature of 15 degrees. I am sitting in our hotel room in Hong Kong as I type this, and we are going to have a cold time at Disneyland thing week!

We steered clear of anything colder because we are not sure if J can take the temperature.

Well, the 2 things we wanted to wean J off was the pacifier and co-sleeping. We are so close …. so very close to succeeding.

If fact, we were doing very well on getting J to sleep alone. Unfortunately, J's uncle came to stay with us for a while, so J moved back into our room. And, this episode made it almost impossible for him to leave our bed.

The pacifier weaning was also going very well and very much unplanned for as I thought he lost it.  J managed to go without it for a week, and it was the week he contracted H1N1. No pacifier plus being ill, made him miserable. When we had to admit him into hospital. my heart broke, and decided to get him a new pacifier.

Started on some alphabet craft although progress has been slow.

Entered the Cold Storage Kids Run which didn't end well. But, we had a second chance at the Color Run! J loved it, so did both me and the man.

I did not touch my tools at all this year. I guess there were just more important things on my plate. :)

2014 was certainly a good year for the blog. I am getting more regular followers, which means more to me than having more paid / sponsored jobs. I take it as an indication that I am doing something right by blogging with my heart and not head. So, I am hoping for a better blog year to come.

Most of you would know by now that  we tried very hard in 2014. So hard that it hurts. However, after the crying, we are bouncing back in 2015 as we feel that perhaps it is His plan for us to have a second child only when J is beyond his "Terrible Tantrums" 2!


We had a good year on most fronts this year. While there were some things we did not manage to do as planned, we choose to think that we were just too good at prioritizing and there will be better things waiting for us in 2015!

Hope your 2014 was a good one and we are certainly welcoming 2015 with open arms.

If you enjoyed reading this, why not follow me on facebook or instagram
to get latest updates on Meeningfully.
Well, if things get a little hectic, we are usually more active on there!