How we said goodbye to the pacifier 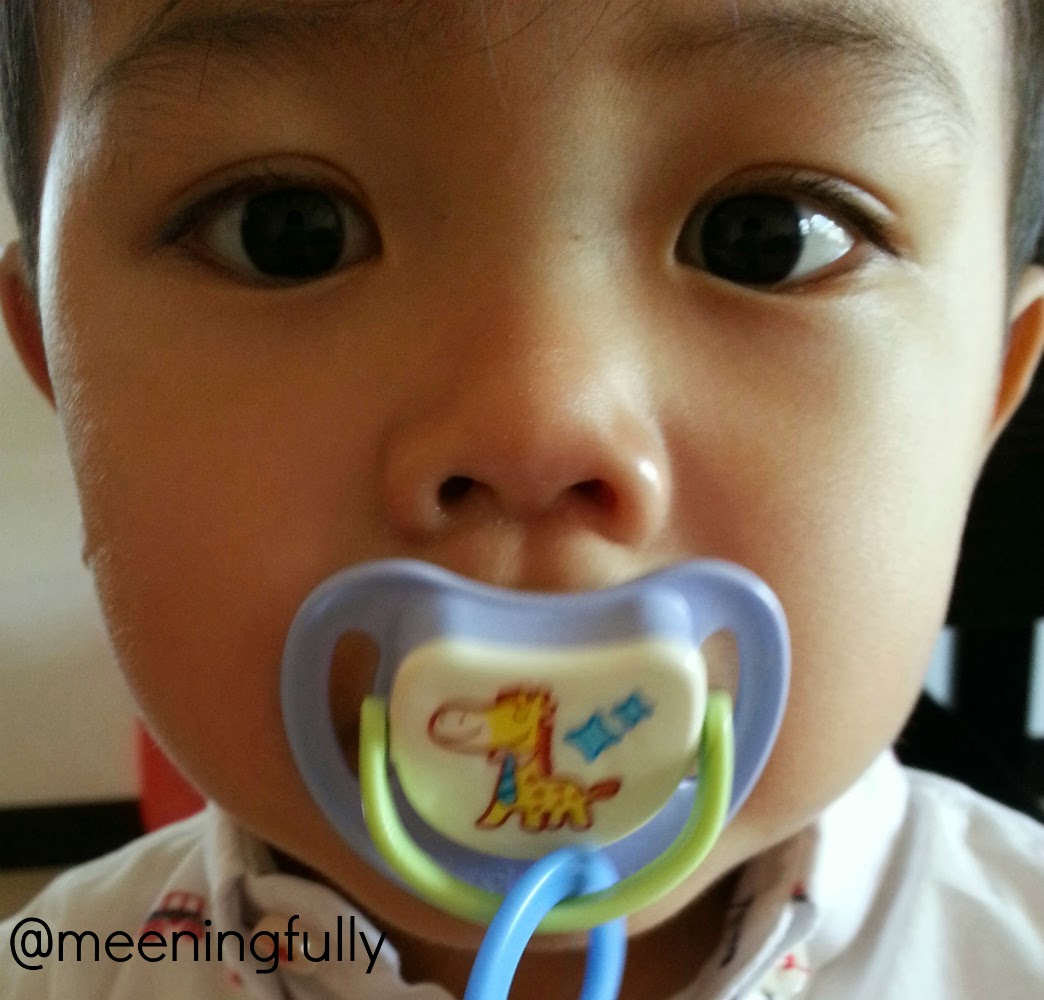 J turned two in May, and the one thing that bothered us was his binky "addiction".

He has had his "tutu" since he was less than a month old so we could get some sleep and that soon become his only security item.

Whenever he was unsure of himself, and when he's scared, he will reach out for the pacificer. He needed it everywhere he went, every single day and every minute of the day!

Then (we thought) we saw the light at the end of the tunnel when he went from infant care to child care. Peer pressure worked as he was able to stop using the pacifier for the whole duration he was in school, not even during nap time. We were definitely elated thinking he will soon be weaned off the pacifier.

However, it wasn't as easy as we hoped. This boy obviously loves his pacifier more than we thought!

The moment he steps out of school, he will demand for it from my mum. Other than mealtimes, the pacifier doesn't quite leave his mouth.

Yes. It was exasperating. I didn't like the looks people threw at us when J sucks on the binky in public especially when he is such a large kid. All attempts to wean him off were futile. We even tried to cut a hole in it and he cried the house down.

It was when I decided to wait for him to reject it himself that we lost the pacifier. Rather, my mum thought she dropped it while pushing J back from school.

She even roped him in to search for it to no avail. I guess the fact that he was involved in looking for it, that he was convinced that his "tutu" is really gone for good. Well... it really wasn't, but we might as well play along.


It's almost a week since he went without the pacifier. He still asks for it now and then, but always accepts that it's gone when we told him HE lost it.

It's been a tough week as he's also down with viral fever and stomach flu. He can get inconsolable at night and to be honest, I am tempted to just shove the smelly thing in his mouth. I needed constant reminders from the Hubs that this could be the real break for him, so I had to bear with his high pitch screams every single night. I actually cannot tell if his screams are due to him being sick or his need to feed his addiction. We shall see when he gets well!

In the meantime, wish us luck!