How much does my child eat? 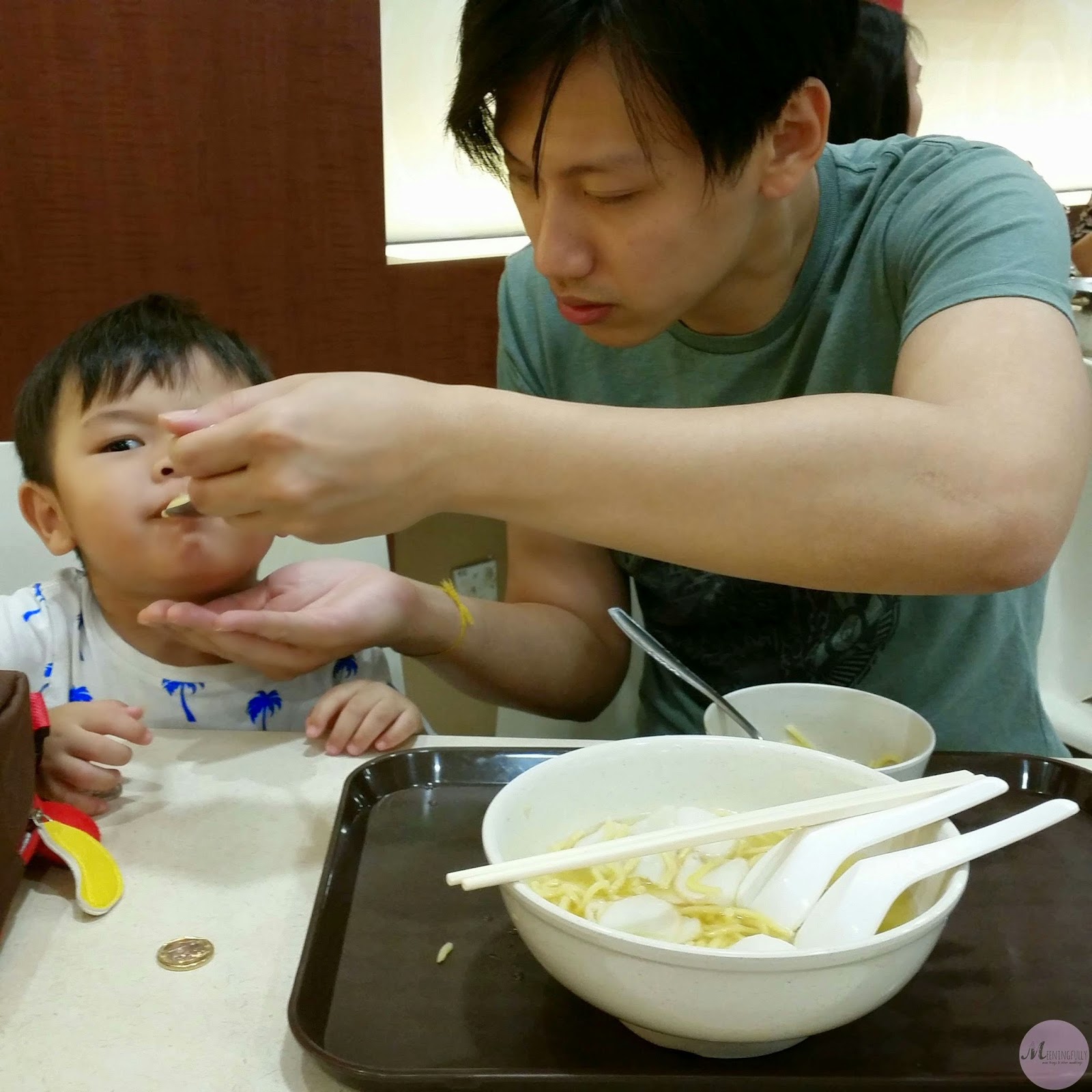 J on most days, is a really good eater. Since infancy, he has a ferocious appetite, so much so that it's one of the reasons I gave up breast feeding in the earlier months. Yup, I wasn't able to keep up.

He still eats well, but as he gets ingrained in the terrible twos, getting him to eat when he doesn't want to is like forcing poison down his throat.

On good days, he is able to finish the following , and will still ask for more.

On bad days,  he will refuse to eat anything. Not even his favorite strawberries or rice with soup, and can go food-less for a day or two (other an occasional bottle of milk).

I have since figured that he is an emotional eater, quite like his dad. If he is happy, you can count on him to polish off whatever we put on the table. If not, he will not touch a thing.

I used to get worried that he will be hungry, and that it's bad for his growth if he goes on his emotional eating. I try to prepare different types of food for him hoping to hit the nail on it's head which can sometimes take up a lot of precious weekend time.

But, it has come to a point where I also realize that the kids are humans just like us. When they get hungry, they will tell us, so it is no point getting stressed over whether or not they want to eat.

And for this boy of ours, once he finds his appetite, you know he will just eat anything that comes his way.

Every child is different. I have friends who always had issues with their kids eating right, yet after 2 years, their kids are healthy, and more importantly happy. Hence, I figured sometimes it is just best to let them take the lead.

I see my role as providing them good and healthy options, and the rest is very much up to them.

How has your feeding journey been?

This post has been written as part of the " Eating Struggles" series by mummy Estella. Read other stories here:

growing up Linky love for food