- March 23, 2013
Had the urge to write this after a tiring week dealing with a sick baby and the endless amount of work that requires my attention.

Nothing very dramatic, just trying. Perhaps a sequel to my post of being a FTWM.

In my last post, I mentioned that J had a persistent fever that started last Friday night, and this was after we visited his regular pediatrician for cough & flu earlier that evening.

When the fever did not subside and spiked to over 40 degrees on Sunday, we took him down to KKH, hoping they can make him feel better. What we were not expecting was to be told to go home after they administered him with some paracetamol. We were actually told not to rush the kid down if he hasn't had fever for more than 5 days. Well, if any of you have been to the Children's A&E at KKH, you cannot really blame them for saying so because there are just too many kids waiting in queue. But then, which parent wouldn't want their sick child to feel better , and no sickness or symptom should be deemed too trivial.

Anyway, so we went home, and the next two days just proved to be exhuasting. J was extremely fussy, refused to be put down, and insisted on only sleeping in MY arms. J's yo-yoing fever also got Hwa very worried who literally sponged him at every opportunity. The sight was amusing at the same time as this kanchiong father was taking his son's temperature almost every 5 min.

While I was equally or in fact more worried than anyone else, I had to put a stop to Hwa's obsessive behaviour. All these were in addition to the tight timelines I faced with at work. It just seemed like everything needed my attention there and then!

On the days I stayed home, I had to carry this 10kg boy in my arms while attempting to type decent work emails from home. As the saying goes, when it rains, it pours.

The 5th day came and went, and J's temperature didn't drop, and that was when I insisted he had to go  to the hospital. Not KKH this time. Anywhere but KKH. That was when the Resident Medical Officer at Mt Alvenia ordered for J to be admitted and test for Bronchitis. While we thought that was the worst it can get, his pediatrician who trooped to the hospital at 11pm ordered for J to be tested for Kawasaki Disease. All of a sudden, I became an expert on Kawasaki Disease as I started consulting my good friend Google, about what this disease was about.


Although tired from the mounting pressures at work, I found myself amazingly calm when the news of my son possibly having Kawasaki Disease was delivered.

I took a minute to shut my eyes and prayed. Took a deep breath and told myself to trudge on.

J is now back home, and tests showed that Kawasaki Disease wasn't here to visit, and was a case of mistaken identity. Still sick with an infected lung, at least his fever broke.

With this episode, I learnt that mothers are usually made tougher. We tend to be able to ride the storm better than the fathers, well at least that's the case in my household. While my heart ached, I did not develop any obsessive behaviour the way Hwa did. Seriously... will the body temperature drop significantly over just 5 min? What was he thinking? I think he made J even more uncomfortable!

Also, I have learnt to always keep the faith in whatever we do. It is only with that I managed to juggle work deadlines during this trying week, although I did think of giving up as it is terribly stressful to think clearly with you baby wailing in pain in the background.

Oh... and just to digress a little. I used up 3 out of 6 days of my childcare leave over this episode, and it is only March. So, is 6 days really enough? Or should there be other measures to help working mothers deal with such emergencies?

Ah well...glad that this is over now... and here's to a restful weekend! 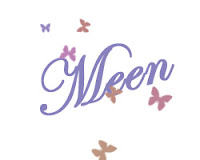