to korea and back… Yup… i am back from my short vacation … and back at work… not a very happy place in recent times.

In brief, i would say it was a good break… and in fact the best of the  4 official “annual obligation” trips we have had so far. Well… many friends and  people who know us frown at the thought of bringing both their parents and in-laws out on a holiday @ the same time. We on the other hand have in fact done this 4 times.

Frankly…it was not easy… and every trip would have someone… or in fact more than one person getting upset over trival stuff. You may then ask… why even bother to do this year after year? I don’t have the answer really. Is it an obligation that bites us? Or maybe it is the guilt of not spending enough time with our mothers. I believe it is a bit of both… with the latter taking dominance.

Anyway… here’s some high&low-lights of the trip…

1. Great scenery, fresh air and plenty of time away from home.

The week leading up to the trip was quite difficult for me as I had to deal with close colleagues leaving and some issues that was to spill over pending their departure. It was not pleasant, and my holiday was timely enuff to bring me away for a while to clear my mind.

2. Group tours are really not that scary after all.

After lessons learnt from previous “Obligation Trips”  , we decided this time we will go with a tour group instead of F&E. Right choice i would say as other mothers could not blame us for any boring itinerary, although i felt 7 days was a bit too long. At the beginning there were smiles… but guess the cold and being tired took over their emotions… which saw mini tantrums flying around.

3) Shopping… or the lack of it

I am not saying that Korea is no fun to shop at. In fact, it is quite the opposite. But this trip did not  allow me the freedom and time to shop @ ease. Other than the over $400 worth  of skincare product + make-up, i brought nothing. Hence, this leaves me with some unfinished business in kimchi-land. I am quite sure i will be back very soon, and have declared Seoul to be my next best shopping place after Bangkok.

…of our mothers. I think it’s the age, and their insecurity that they yearn for our attention more than anything else in the world. And, that’s also the reason why we were not able to let them roam around on their on at the shopping places and amusement parks. So… i would say…. hwa and I missed out on quite a bit of activities which we would love to be part of. Oh well… just imagine another 10 years from now….

Verdict: I WILL BE BACK…. very soon! 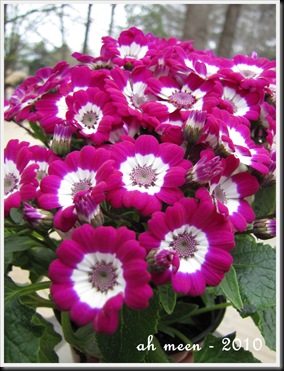 P.S. By the way… I think this tour package I got with ASA is fab! Well worth the money and had a pretty good and fun Korean tour guide.

all about me family great finds holidays Korea mothers work