- February 03, 2008
Anyone who has beem to Jurong Point lately will realise that the place is always packed with people.

So much so that moving around becomes a chore. I felt like the whole world was spinning when i walked through the mall. Sometimes, it is a wonder where all these people come from. And is there really so much things to see at Jurong Point.

If not for the fact that my mum stays at Jurong.... I would not have chosen to live here.

Sometimes, I even feel like my privacy has been invaded, and i refer to a particular incident this afternoon.

Hwa and I were queuing at the ezlink top-up machine @ Boon Lay MRT.

When it was our turn, a man, of a different nationality came up close behind. He started peering into our screen, earnestly looking at our transaction. I have no issues helping if he does not know how to use to the machine. We will be more than glad to explain. But for him to keep poking his head between us, and looking at us , even when Hwa was keying in his NETS pin number was plain rude! Everyone deserves some respect. And I think we locals should be given the due respect and privacy as much as we extend hospitality to the others.

Well... on another note, here's some of the work I did for my home... to usher in the year of the rat! 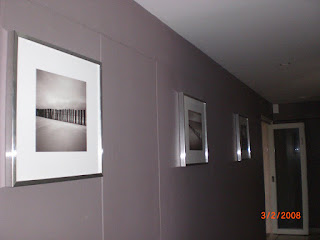 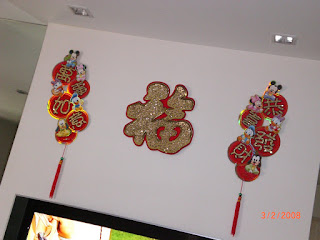 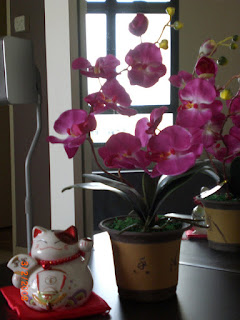 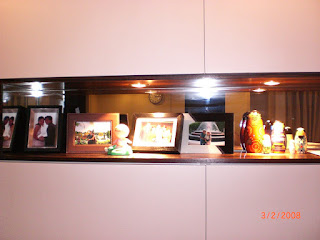 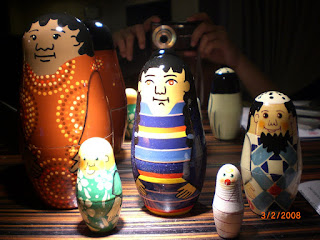 P/S: The battle agst the ANTs continues. I have tried all ways to get rid of them. But they still refuse to retreat.

MIL says is because the weather is turning cold. As much as i hate to believe that.... it does hold some truth. As I noticed after months of observation.. the ANTs do appear just before heavy downpour... or at times of the year (like now) where it becomes rather chilly. And... having followed their trail.... they all seem to come from out side the house, and not within.... (from the main door.... from the balcony etc.)

Sigh... guess... i have to stock up on ammunication (i.e baygon, ant baits ...) before the shops close for CNY.