We made it to Kidzania Singapore last Friday, and as expected, the boy had a blast.

We have never been to any other Kidzanias in the world, but we have been to BabyBoss in Taipei (which he absolutely loved) and the rather quiet Cosmic Kidland in Penang and we just knew Kidzania will be a hit with this boy so much so, we are in the midst of planning our visit to Kidzania Bangkok in June.


Before I start on how we survived our first visit to Kidzania Singapore, our experience did not start off very well.

We bought tickets online months ago when they announced they were about to open.

At that time, J was still below 4 years old. In fact even today, he is still not 4 years old. So, we bought the toddler ticket only to realise at the last minute that toddlers cannot take part at most of the stations. Kid tickets are for those 4 to 17 years old.

Knowing how much that will disappoint the boy, we called the customer service hotline with the intention of asking if we can either top-up to a kid ticket or even just buy a kid ticket for an under-4.

The first person that I spoke with was downright rude and kept insisting that even if we got J a kid ticket, he will still not be able to take part in most of the activities as they will check his age at all the stations.

I was actually crushed because I know J has been looking forward to skip school and spend the day with us at Kidzania.

Luckily, I have a customer service expert for a husband who cannot take answers like that with absolutely no room for negotiation. So he made a second call, and even asked to speak to the customer manager.

First, he was told we needed to forfeit the toddler ticket and buy a kid one. When probed further, in fact, we just needed to top up the difference.

No verification or whatsoever was required when we arrives as they said they do this all the time!

The full conversation is recorded on my Dayre. What we found out on the actual day was that they don't really check if the kid is above 4 unless he does not look the age. 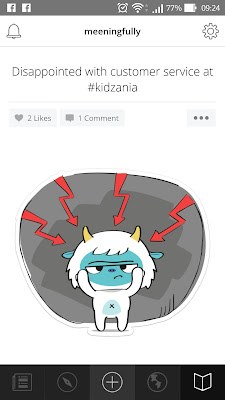 Arghh! So much for making the effort to call them to clarify.

That said, the experience on ground was great! The staff at Kidzania Singapore were a far cry from their colleagues at their call centre.

We arrived almost half an hour before opening time, which is 10am, and at 5pm, the boy still did not want to leave. That's how much fun he had!

So here's our tips on how to survive your visit to  Kidzania Singapore :

1) Visit on a weekday

Weekdays are obviously less crowded as compared the weekends.

You will usually just run into school groups and tourists. But I think the crowd is definitely manageable and waiting time at the most popular stations were at maximum about 45 to 50 minutes.

We started queuing at the "check-in" counters at 9.30am. 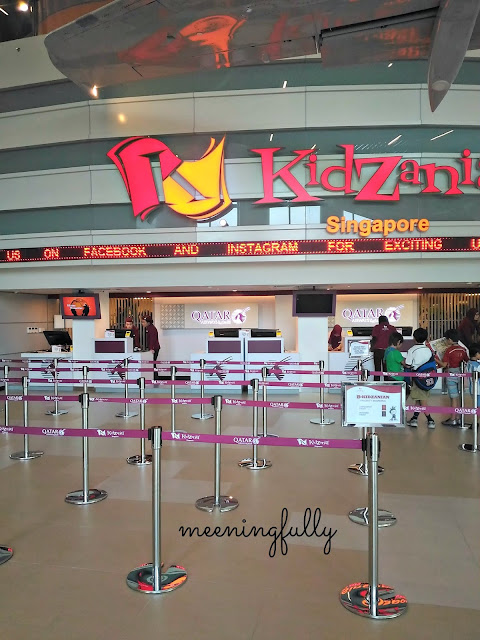 At 9.45am, they opened the counters for us to 'check-in". The process is pretty fast if you have bought your tickets online. We were the third in queue, and we managed to get into the city of Kidzania a few minutes before the official opening hour of 10am. The moment the bell chimes through the city, marking  the official start to the day, we were able to be the first in queue at some of the popular stations

3) Activate your Maybank Kidzania Debit Card and apply for your B.Kidzania Citizenship before anything else.

The Maybank Kidzania card is the way to manage your Kidzos (Kidzanian curreny) at Kidzania! Once you activate it, the kid can earn his keep on it. At the same time, he can use it to pay for his purchases too! Beats holding cash all the time which may get lost as the kiddies start running around the place.


B.Kidzania on the other hand is akin to holding a citizenship complete with a Pazzport! With the Pazzport, the child is able to earn more at each station and collect stamps at the same time. After a certain number of stamps collected, the citizenship will be upgraded, and the child earns even more at the stations as compared to non-citizens. It takes only $18.00 to be a citizen. If you think.. "Nah! We will only be at Kidzania once, how to collect all these stamps?" Well, think again. Haha! We were there for 7 hours and we still have not covered all the stations. We know we will be back for sure! 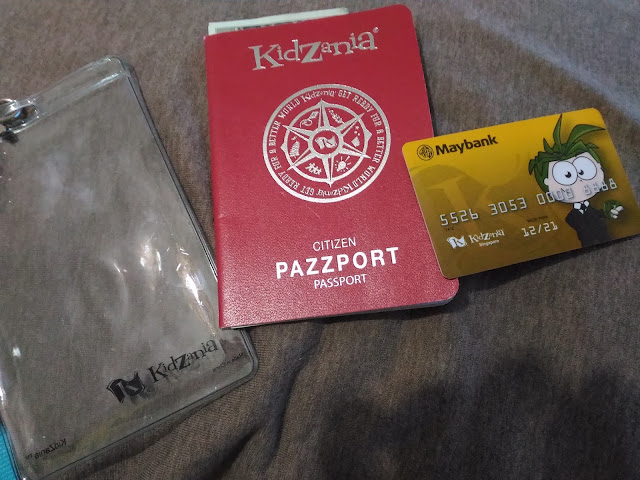 4) Go and earn Kidzos at the more popular stations first.
Well, it is always easier to earn their keep first so they can feed themselves later and that brings me to the next point. Of course, this is also we maximise the time we have at the Kidzania. When it gets later into the day, waiting time at popular stations gets longer. So, the earlier you get there, the better. 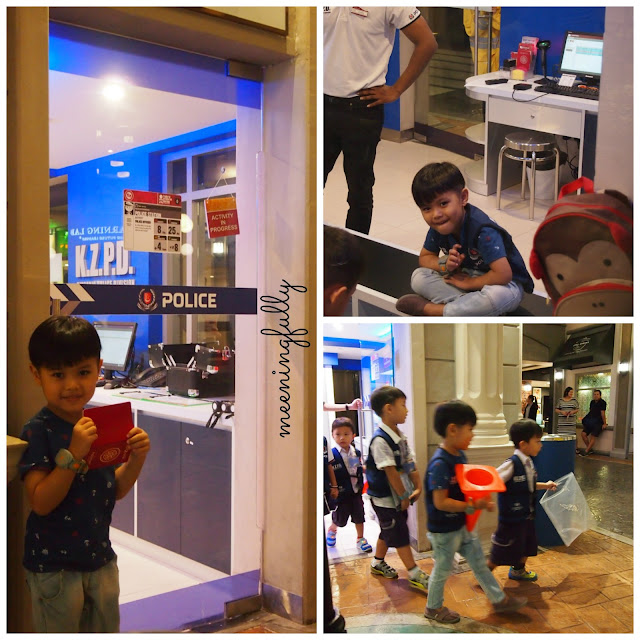 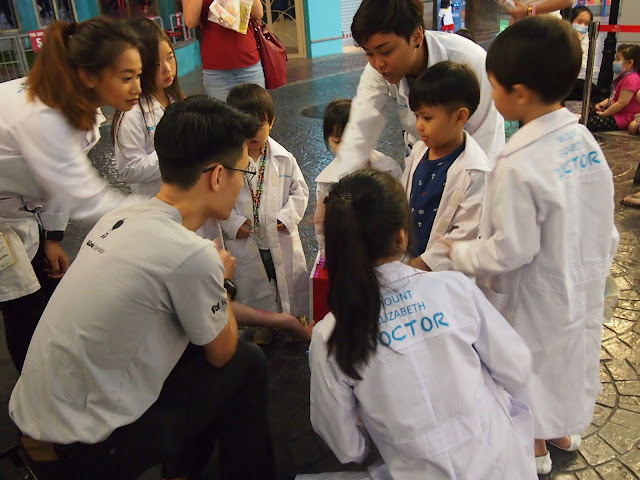 
6) Bring a sweater or cardigan...
... for both yourself and the kiddo. They have really powerful airconditioning! :)

7) Bring something to read or do...
... as it can get quite boring when waiting time is long, for us parents that is. And if you think you can just surf on your mobile devices, network is super weak. Not sure if it is only for Starhub subscribers. We had almost no access at all. There is wifi at the Parents' Lounge, but that is if you have older kids who don't need you to follow them around and you can seek refuge there. Otherwise, yeah... bring a book, or do some cross stitching.. or whatever la!


*****
There you go! Hope these tips will help you gear up for your visit to Kidzania Singapore!!! We will definitely be back... very soon because this little J has been asking me, " When mummy? When can we go Kidzania again?!".