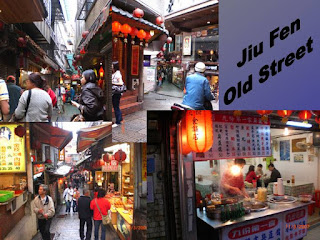 Plan A was to visit LeoFoo Village, an amusement park bigger and fun-ner than HK disneyland... or so we heard. Their current ambassador is none other than my fav JJ Lin! If he says it's good... then it has to be lah!

Sigh....but guess wat??!!!! It would take us 2 hours to travel by train to LeoFoo! 2 friggin hours. That's like half the flight time from SG to TP! So we aborted Plan A. I was not in the mood for mountains and flowers (ie. Yang Ming Shan)... so Plan B was also out. That leaves us with Plan C for the morning --> Visit to Taipei Zoo. An apparent MUST for Hwa whenever we are on holiday. Hmmmmm.... maybe... he was a ZOOLOGISt in his past life! Hee Hee! 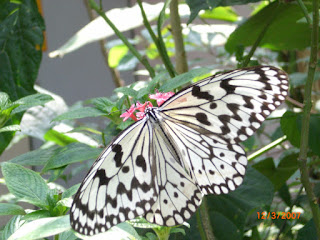 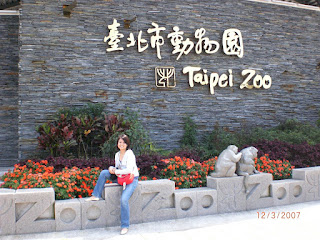 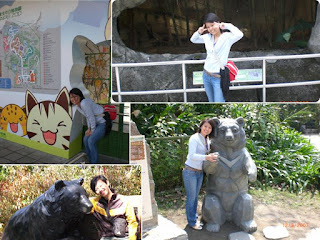 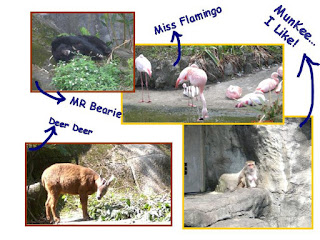 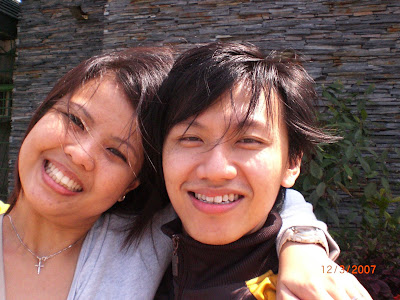 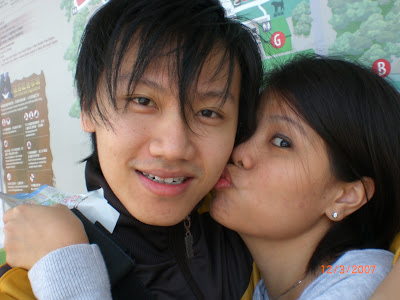 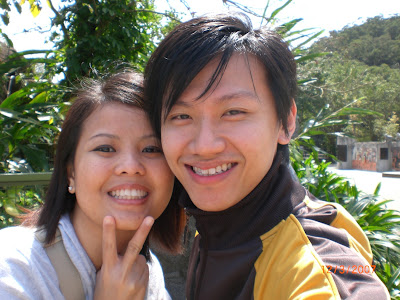 Well.... The Taipei Zoo is HUGE! We walked around for about 45 min, and realised that we only covered probably less than 15% of the place. Walked on for about 30 to 45min and became quite bored of seeing the different monkey species etc.

Lunch in town sounds like a better idea.
So... off we went to Taipei 101....the world's tallest building. Lunch was @ the food court - 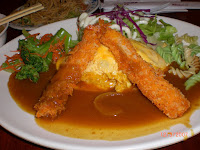 Ebi with omlette.... yes...Jap food. If you walk around .... you'll realise that there are plenty of Jap restuarants . Guess it's taiwan's proximity to Japan, and thus is influenced in some way or another.

With lunch done... we proceeded outdoors for coffee. Tried Dante coffee, which I think is a local brand, somewhat like Starbucks.... cheaper tho. However, cheaper does not make them any lousier in quality. In fact... i like it better.

With full stomachs, we headed to the 89th floor of the building.... which is also the observatory @ Taipei 101. Look @ the spectacular view..... 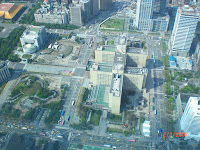 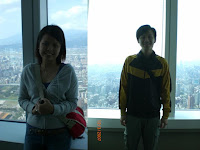 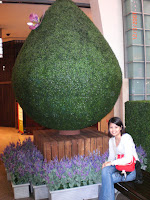 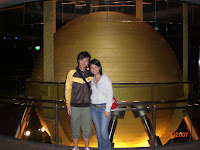 That's a wind damper behind us.

Walked around the Taipei 101 mall.... caught sight of a lesportsac boutique... Wala! Saw the bag I wanted... and snapped it up! It is about S$20 cheaper than in singapore.... good buy! Yay!

After that.... we found our way to WU FEN PU Fashion Street.... it is a whole area with streets and streets of clothes.... at warehouse prices. The more you buy, the cheaper the unit price... you get the drift??!! They have quite a few nice pieces.... but.... but.... no trying allowed.... and.... they are mostly free size. And... it is free size based on a standard taiwanese lass. :( Which means that... meatier ladies like me... can't fit into most of their pretty dresses. Nonetheless... i bought another pair of shoes and a few T-shirts. Too bad i did not take any pictures of the place. 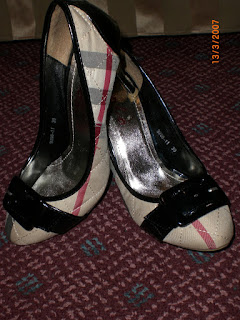 My pretty burberry wanna be shoes.

Still roaring with energy... we walked over to the Raohe street market...to look for more food . We arrived @ about 6pm... most of the food stalls were still not opened, but the shoes flanking the sides of the street are. Bought some cutesy sweets, then tried the XXL chicken from this push cart, which allows you to choose the flavour of the seasoning. They had cheese, five spice, curry, chilli... and can't remember the rest. It wasn't as good as the one @ Shilin, making us crave for the latter. 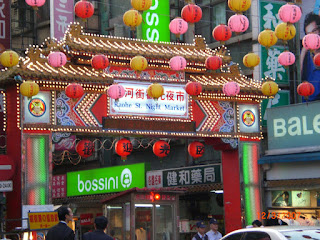 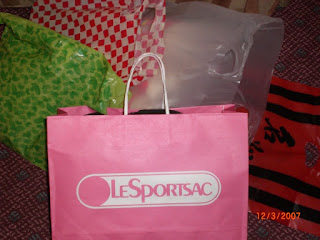 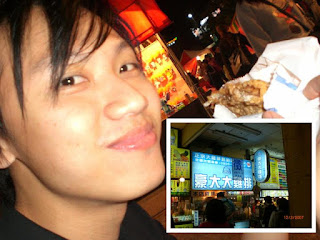 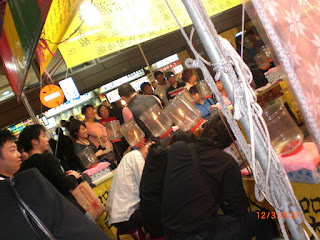 Saw this interesting thing @ Shilin.... Taiwan's version of ear candling. The guy was saying... if we do this.... there is no need to clear our ears of ear wax for about 6 mths! Not sure how true it is.

Well.... this is not the end of the evening! Our legs were aching from walking the entire day... but we were still not tired. Since we stayed @ Ximenting, which has a movie theatre @ almost every street corner, watching a movie to wind down was a pretty good idea. Got two tics for 10,000 BC, costing us NT 380 each. That's like S$16!!!!! Wah! Lucky thing the movie was not too bad... otherwise Hwa will complain non-stop about spending so much on a movie tic.... Haha!